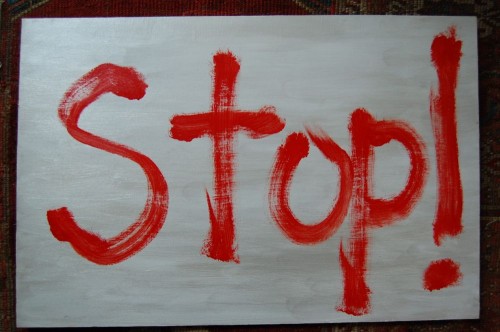 BEHIND THE SCENE:
We were heading to the class from Central Park, where Petal 3 had just been completed. My eyes were gazing forward but I was not really looking at anything in particular. Or, I should say that my mind was not connecting to anything, just the space in front of my eyes. Suddenly I heard a voice resound from the vastness,

All at once, yet in slow motion,
I was drawn to its source by a strong magnetic force,
in the same way that iron is instantly drawn to a magnet…

Thus, this message was born:

“Stop mind, Stop! Abide only in the Source.”

This April at a festival in Osaka, Japan,
our gurubai (brothers and sisters from the Mahayogi Yoga Mission in Japan)
performed in a temple an original play titled,
“Eternal Buddha.”

The story of the play is of Buddha and the murderous bandit Anglimala
who later became Buddha’s disciple.

In one scene Buddha says to Anglimala,

For it is Anglimala himself who is the mind. 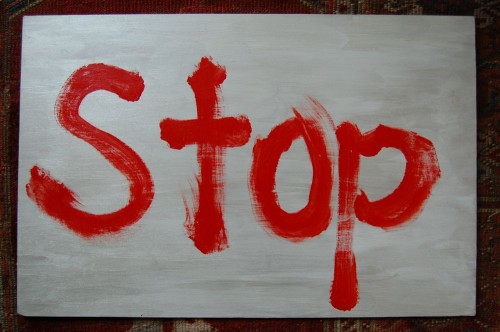 Let the mind stop its activity and abide in its source.
Buddha is within all of us.

***
You may want to watch
The English translation of the play “Eternal Buddha”.
Performed in Osaka, on April 6th, 2014
Written by Sanatana
Click → epiphany vol.5 – The Eternal Buddha (with English Subtitles)

GURU JAYANTI—HOLY BIRTHDAY OF THE GURU:

We are filled with joy and gratitude as we are able to
celebrate your Holy Jayanti with you and with everyone
again this year. On this most auspicious of days, we renew
our vow to live every moment in devotion to you,
to serve you with purity of heart and to Awaken to
True Existence. Through your boundless grace we are
blessed to have the opportunity to witness and
experience the embodiment of Truth.
The purity of your existence shines into the depths
of our being, bringing forth the conviction
that the same Truth is our very essence.

The eternal Truth that dwells in all human beings;
That you awaken with love,
out of overflowing compassion,
You ignite the faith in one’s own Atman,
which is beyond death,
For the Bhakta of the Guru perceive in his very body
the imperishable Brahman manifested in a tangible form,
And because of the Paramahansa’s immortal nectar words
they feel Enlightenment manifested in a tangible form.
Salutation to you, the great lord, the great saint;
Salutation to you, Mahayogi, Om.

SONG OFFERING TO THE MASTER
—from a disciple in New York:

(Click on the left edge of the sound player to start the song.)