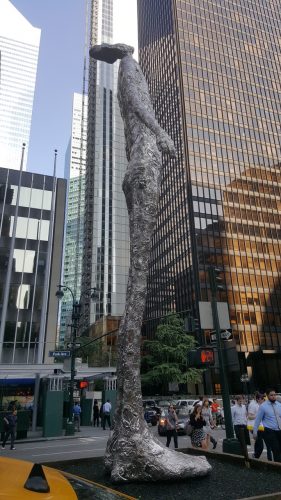 Being involved in a project with the mission is always a blessing—projects push us to look directly at how the mind imagines things and creates it’s own reality based on our worldly experiences, and at the same time, they create an environment in which to see the teachings of Shri Mahayogi, and have the opportunity to apply them to our own experiences. Ananadamali invited me to study the series of workshops our brother disciple, Sananda, led in Kyoto called “Anyone can Practice Yoga” and the first one in the series was the “Secret of Happiness”. Through this involvement, I was directed towards observing the moments in my daily life in which I am happy, the circumstances that bring that happiness, and to concretely analyze the state of the mind in those moments. But in trying to observe these moment of happiness I started to be more and more aware of all the moments of unhappiness—the moments in which the mind is constantly struggling to get what it wants or run away from that which it doesn’t want.

This was particularly prevalent in the interactions with my friends. I noticed that when I’m in their company, sometimes my tendency is to try to look good in front of them by saying the right thing at the right time. But no matter how hard I try to do so, I always seem to have moments when I’m disappointed with what I say or when those around me are not approving of my views. Upon closer look, most often this is the result of unnecessary talking. The mind is constantly trying to get its happiness from the ideas and situations it imagines, in this case the approval of others, and as soon as those ideas are not matched, the mind faces disappointment, in other words suffering.

If with the help of asana we are slowly walking from the physical towards the control of the breath and eventually our mind, then not talking should be one of the means in which the mind is also brought under control, or at least made to slow down it’s chatter.

So I made a decision to stay quiet in their presence to see what would happen and how my mind would react. Slowly I began to hear my thoughts more and more clearly and how they wanted to constantly burst out using speech as their escape. Another thing was that instead of the mind’s chatter becoming less, it seemed to be amplifying and getting stronger. This was both an opportunity and an unpleasant discovery. The unpleasant discovery was that the more I stayed quiet the more thoughts came, and it felt like the temperature of my brain was literally heating up. But not letting the thoughts escape through their physical form, the words, brought with it the chance of starting to see where they come from and what the intention is behind them. In short, what was I trying to get by saying those thoughts out loud?

It is because of letting the thoughts transform immediately into words, that the practice of discrimination is not possible. It’s like trying to tame wild horses in a pen but always living the door open.

The single act of not letting the thoughts escape will not bring the mind under control or quiet it down, but it does give the precious chance of going after the intention behind them.

So not speaking creates the environment in which we can directly see and determine whether or not the wanting behind the thoughts is in direct alignment with the teachings of our Master, and if not we simply need to let go or renounce them. Not speaking and having gone after those intentions behind the thoughts, and applying the process of discrimination seemed to bring a direct effect in other aspects of daily life, for example being more present in daily activities and being able to concentrate during asana and meditation with more ease. So the practice of asana and meditation will influence the mind during our interaction with the world, but applying the precious teachings of Shri Mahayogi in daily life brings a stronger mind and makes for a more powerful ground in which meditation can actually begin to take place.