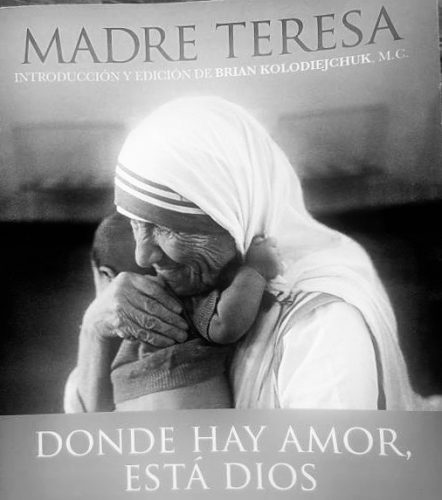 Yoga in Action: Reflection from a Practitioner

One of the main topics introduced in the Mission’s online event on August 14th, titled, True Independence of the Mind, was “turning it around.” During that time, I understood at least that our mind’s desires lead us toward trying to control things that are not controllable and that this is a constant cause of suffering, especially in such a changing world. Nonetheless, even if I had made some efforts to understand this concept a few times, when I spoke with senior gurubai about how to apply that in my own life, it was not easy to know where to begin. My mind tried hopelessly to bend and shape itself to understand this “turning it around.”

One evening, in a group conversation during Study in Practice,[1] Anandamali walked me through the example Aniruddha spoke about in the event, when he saw clearly how his mind’s obsession with securing his financial stability during these unstable times, blocked him from seeing the immediate need of somebody else, and also from recognizing his own ability to make a difference in that person’s life. When he turned his attention from himself to the other person’s need, he was able to understand more what is meant by the independence of the mind from its own desires and the suffering they bring about. Intellectually, I could grasp the example, but felt that such “turning it around” skills were not so developed in me yet, and I couldn’t figure out how to approach it in a way that did not feel so mechanical and clumsy.

My summer assignment had been to translate into Spanish the Testimony of a gurubai in Japan, Yukti, which began in an article posted on MYM’s website, “Searching for God’s Love,” and continued in the recent issues of Pranavadipa, Vol. 67, 68 and 69. Her writing contains a detailed account of how, while working as a nurse, the question emerged from her heart about how to best serve the dying. In this long quest, Yukti chose Mother Teresa as her guide, the Saint in whom she uncovered a treasury of teachings of Truth coming from the Christian tradition. Yukti’s journey was not simply about finding a methodology, it was about discovering through her own search, what was behind Mother Theresa’s Love and surrender to God in the form of Jesus. What Yukti, a non-Christian Yoga practitioner, slowly uncovered about Mother Teresa made me feel that even though I grew up in a Catholic household and educational system, I had never understood even superficially who Mother Teresa was or her real mission. Quietly and secretly fascinated, I felt that Yukti, through Mother Teresa, was teaching me for the very first time, the meaning of Love, but I did not want to talk about it to anyone.

The work of the translation continued and so did my uncomfortable and disjointed efforts to “turn it around.” Until one day, a huge obstacle appeared very boldly right in front of me: it was the question, “What do I want to live for?” It was simply torturous to know that I wanted to live for true Love, or for the Truth, but that despite this, my mind was still unwilling to move freely in that direction. I began to see so discernibly that everything came down to one single choice, and that was the choice I had been avoiding my whole life.

The summer continued and I struggled along with this load in my heart. Until one day this summer I received a package, a birthday gift in the mail from Anandamali. For some unknown reason, I was nervous. In the package I felt the shape of a book, and when I saw its cover, I immediately had the overwhelming feeling that within this book was the power to change everything that I had been trying to change. What strongly and instantly caught my attention was the cover photo: Mother Teresa tenderly embracing a young child. It sent ripples all through me. I had to close my eyes to manage the power of those ripples as they reverberated through me so strongly. I said to myself, “Take it, you have to take it.” Then, I was able to read the title: Donde hay amor, está Dios (in English: Where There is Love, There is God.) This moment was the beginning of a change.

Since that day, I have been trying to understand where those ripples, such immense Love, come from, and how I can also find their source within me, so that it can be made possible to share with others. I was convinced that there is nothing more nourishing than feeling so loved and cared for, being fully embraced and fully embracing without any boundary whatsoever! The first urge was to understand Mother Teresa’s embrace. Through Yukti’s writing and Mother Teresa’s book, I began to understand that the Mother loved Jesus within every being that she encountered, particularly the poor and forgotten ones. As I read, I began to discover why this was so.

In Christianity, the “Passion” of Christ commonly refers to the events in the life of Jesus from the moment he was arrested, the journey on foot carrying the cross, and finally, his crucifixion. For the Mother, his Passion represents his complete renunciation and self-sacrifice throughout his entire life. Her deep adoration toward Jesus comes from the recognition of how, while bringing the Gospel, the “good news” of the limitless love of God for all his creatures, he bore the pain of fulfilling the command of his Father, leaving us a gift and an example of perfect humility and compassion. For the Mother, clearly this Passion was not just physical—he lived and spoke the Gospel uncompromisingly, despite poverty, rejection, betrayal, shame, arrest, torture and crucifixion, and NEVER blamed anyone. Mother Teresa spoke about the example of Jesus using the words, “Love until it hurts.” Everything that Mother Teresa did for others, she did to care for that Jesus who ached to awaken the compassion in us, so that we could then come close to his heart, God itself. And it is in this that I began to perceive the sublimity of Jesus’ sacrifice and why it is considered our way to salvation—Satori. “You will come to the Father through Me.”[2]

I began to see Mother Teresa’s relationship to Jesus as that of a disciple and her Master. Her embrace of Jesus within everyone was her way of serving Jesus, whom she recognized in the sufferers saying, “I thirst.” “Truly I tell you, whatever you did for one of the least of these brothers and sisters of mine, you did for me” (Matthew 25:40). Mother Teresa’s acceptance of that call from her Master guided her every action. So, one day, while staring at that cover photo, I finally determined that I had to embrace my Guru, and accept the calling to carry out his teachings in my life, in other words, let go of whatever was holding me back from that embrace. And, looking at that picture I vowed to do what Shri Mahayogi has been guiding all of us to do and Mother Teresa is showing us through her example: to sacrifice ourselves for others, to Love until it hurts, and in this way, touch the Love of God that is there in our very own hearts. Mother Teresa explained, “He did not come to bring peace to the world, the peace that consists of not bothering one another; he came to bring peace of the heart, born from loving, doing good for others.”[3]

Mother Teresa, through Yukti’s example, has led me back to read and seek to absorb the substance of Shri Mahayogi’s teachings, out of a real need and longing. I see much more clearly now how Shri Mahayogi has laid it all out, as simply and directly as possible, but I was not able to “take it” because I had not understood why I needed to “take it.” My urgent aim now is to purify my mind—through the longing for being close to that source of Love, that living true Self—and to begin the work of “turning it around” every moment.

I have much to do, but I am grateful that through the grace of Shri Mahayogi and the care of his disciples around me, my eyes and my heart began to open so that I can finally begin to practice and walk the path of Yoga for the very first time. 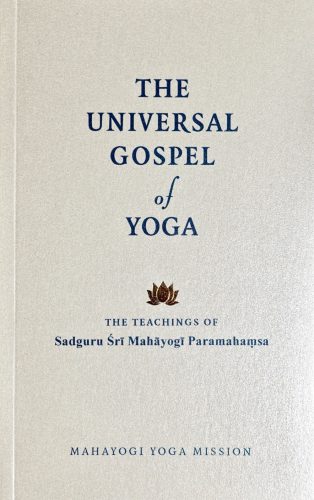 [1] A program run by Mahayogi Yoga Mission since 2018 for the purpose of deepening spiritual practice and understanding through acting upon and thereby experientially learning the teachings of Yoga.

[2] John 14:6. Referred to in “Jesus and His Teachings”, from The Universal Gospel of Yoga, where Shri Mahayogi explains that “Me” means pure mind, the mind-quality of sattva in Yoga.

[3] De Calcutta, Teresa, and Brian Kolodiejchuk. Donde hay amor, está Dios (in English: Where There is Love, There is God: A Path to Closer Union with God and Greater Love for Others).