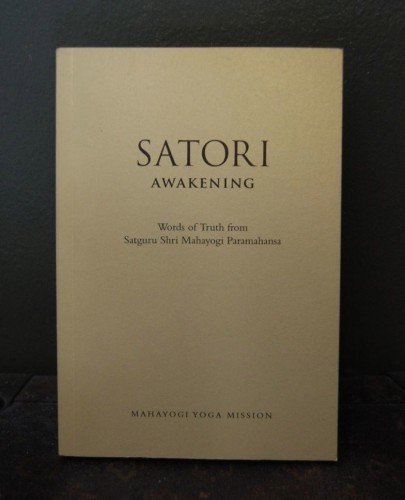 “What a blessing it was!” she wrote.

A few days after Gurupurnima, an order for a SATORI book was placed from the other side of the world——————-Australia.

How did she find this book?

I sent her an inquiry and she responded that she and her family had studied Yoga with Shri Mahayogi in Kyoto after finding him in “1989.”

Can this be true?!

I had heard from Shri Mahayogi before about a physicist and his family who were originally from the Soviet Union and used to come to him to learn Yoga while living in Kyoto around that time. However, shortly after they returned to their country, the Soviet Union came to an end and they ended up moving to Australia.

Thrilled at the possibility that this could be the same family, I sent the next question:
“Are you the same family from Russia who used to practice Yoga under Shri Mahayogi’s guidance?”

She replied, “Yes, it looks like we are that family.”

YES!!!!
My heart brimmed and wept with joy as I thought how happy my Master would be to hear this great news.
They found us!!!    WE FOUND THEM!!!
I could not stop thinking about it for days.

It was 25 years ago,
but this is not simply about the passage of time.

Shri Mahayogi was living as a hermit before 1996, the year Shri Mahayogi first visited New York at the invitation of two disciples. After 1996, we, a group of disciples, gradually began to engage more actively in the work of preserving and disseminating the teachings of Shri Mahayogi, the teachings of Yoga. But before then, there was of course no website through which this family could have found Shri Mahayogi again. Rather, the only way one might have had the good fortune of finding him was by word of mouth or by happening upon the name of the Ashrama in a thick phone book. The majority of disciples began to arrive at the feet of the Master after we started to become more active. So, it is indeed a rare and precious occurrence to find someone who can share their experience of those early times and give us insight into how Shri Mahayogi lived and what he was like 25 years ago.

Out of pure excitement I sent another question,

“How did you first find Shri Mahayogi?”

Their Story:
While still living in Russia, Alex, the physicist, came across a book by the Russian psychologist Vladimir Levi that briefly touched on the importance of Yoga. Alex began to wonder what it was. In Russia at that time, there was practically no literature on Yoga available, not to mention any Yoga teachers or classes. Even if Alex had wanted to practice Yoga seriously, it would have been impossible to find an instructor, let alone a true Master of Yoga. 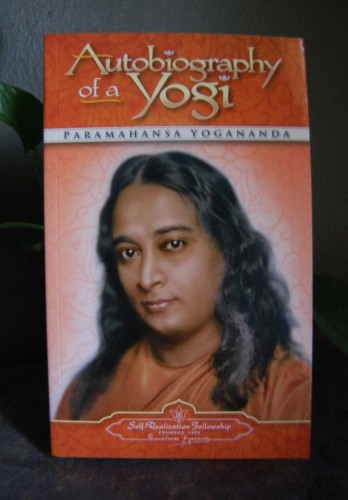 Shortly thereafter, a neighbor gave him a samizdat copy of
“Autobiography of a Yogi” by Paramahansa Yogananda. Samizdat is a term that refers to banned literature that was secretly circulated in the former Soviet Union. Alex attempted to learn the practice of Yoga without any guidance whatsoever, and there were moments when he overdid it. Alex’s wife, Lika, remembered, “we nearly lost him a few times.”

At one point, Alex and his friend were on a work-related trip to Italy, and while they were there they attempted to find a real Master. Alex found an address in a phone book, and together they bravely marched there in search of the Master. When they arrived, two “very friendly, lovely ladies” gushed out of the door and tried to shepherd them into the “ashram”. Sensing something amiss, the two hopeful seekers ran off.

Later, Alex, Lika and their daughter, Valeria, moved to Kyoto. The very first thing that Alex wanted to do upon their arrival was to find Shri Mahayogi, whose information, if his memory served him correctly, he had found in the local phone book. It was as if he was on a mission, driven by some magnetic force.

Lika recalls, “We were at a party not long after arriving and Alex was speaking with an American lady. I remember she said, ‘I’m very surprised that you found Shri Mahayogi so quickly! People spend years trying to find him. You have just arrived and already you have found him!’ ”

We offer our gratitude to Lika and Alex for sharing this story!
And, WELCOME BACK HOME!!!

Of course, Shri Mahayogi was very happy to hear the great news about this family reconnecting with Shri Mahayogi and the Mission. He informed me that Alex had entrusted him with several items, requesting that he keep them until he was ready to receive them again. Shri Mahayogi held true to this promise for nearly 25 years. Upon learning of the family’s whereabouts, he sent a package to Alex right away, returning the items that he had safeguarded for him for so long.

Again, I am overwhelmed.

What a blessing it is indeed!!

Shri Mahayogi today:
Shri Mahayogi still spends most of his time in seclusion today. It is still rather difficult to find him unless one is truly seeking for a Master who can lead them to the Realization of the Self. However, when seekers do at last find him, they receive a warm welcome, as if finally arriving home, and he guides them along their path just as he has always done.