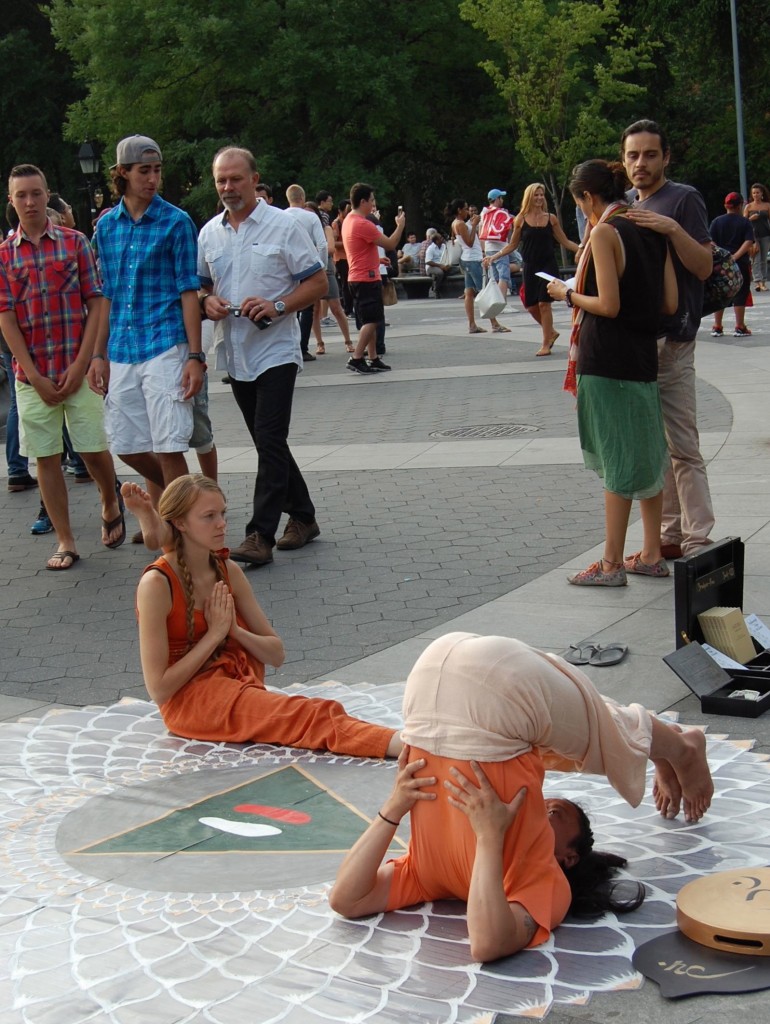 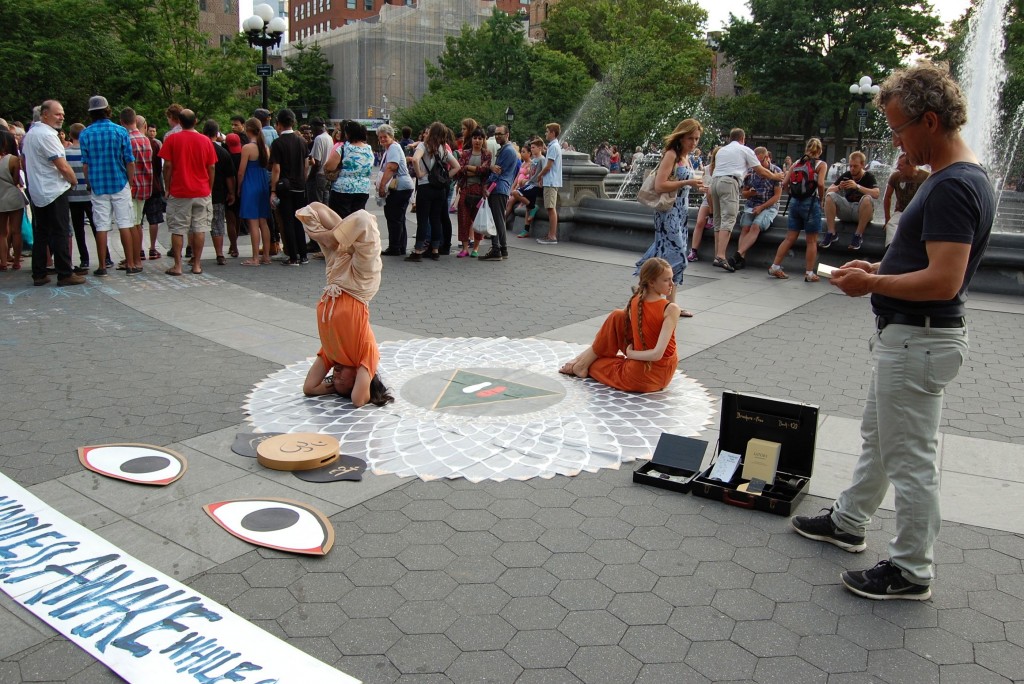 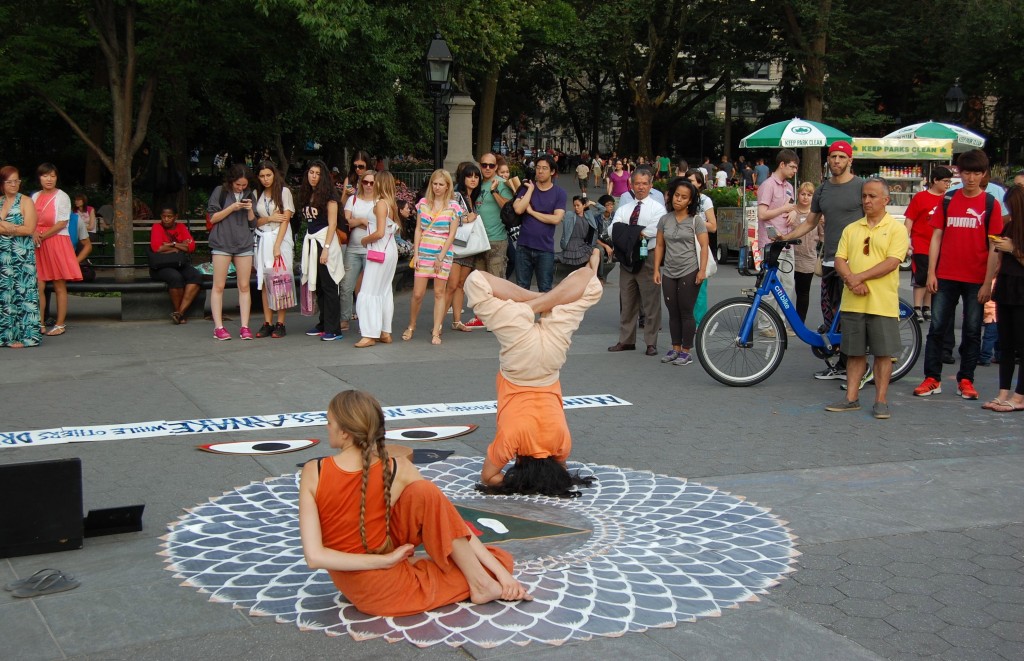 WITNESS:
The sun sets in the west behind skyscrapers,
as the two practitioners face the east.
…All are drawn into the heart of the practice…it is compelling!
observers and I are One…
we are propelled into Silence and yearning

An elderly man stares for almost a half hour in wonder
at the two who meditate before him…
he does not shift his eyes, and at times he faintly nods his head…

A woman sitting next to me says, “Even the puppy knows spirituality!”
People chuckle at the barking dog…

Yes! They are Real.
The observers and I are One. 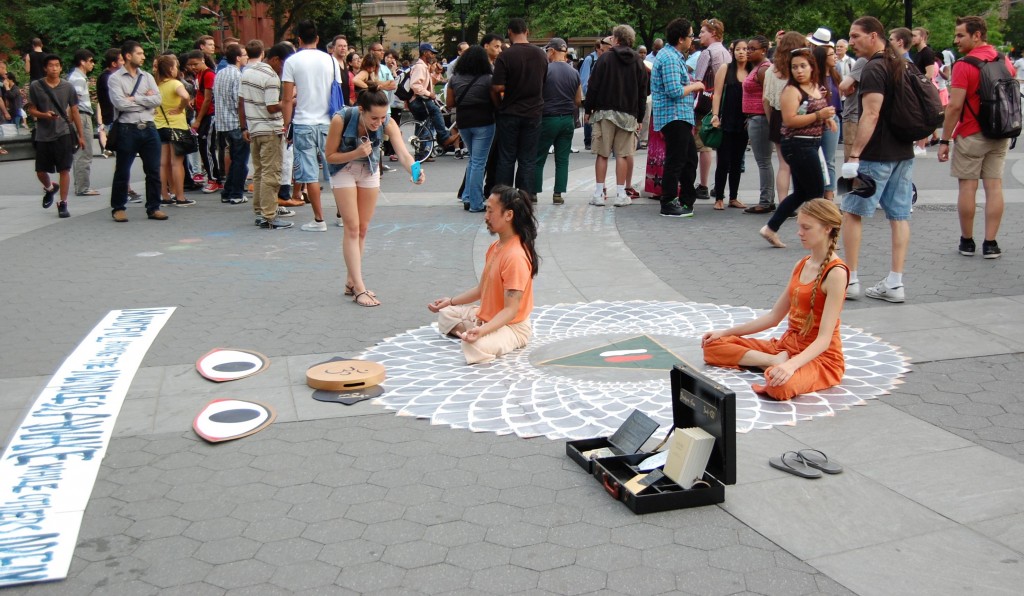 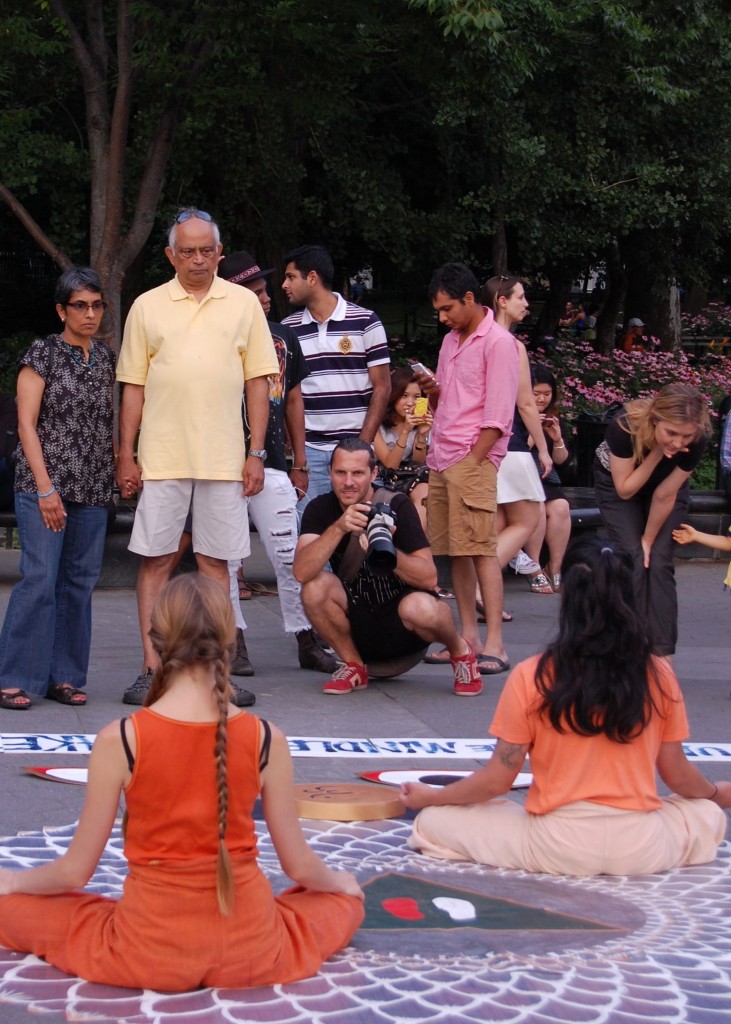 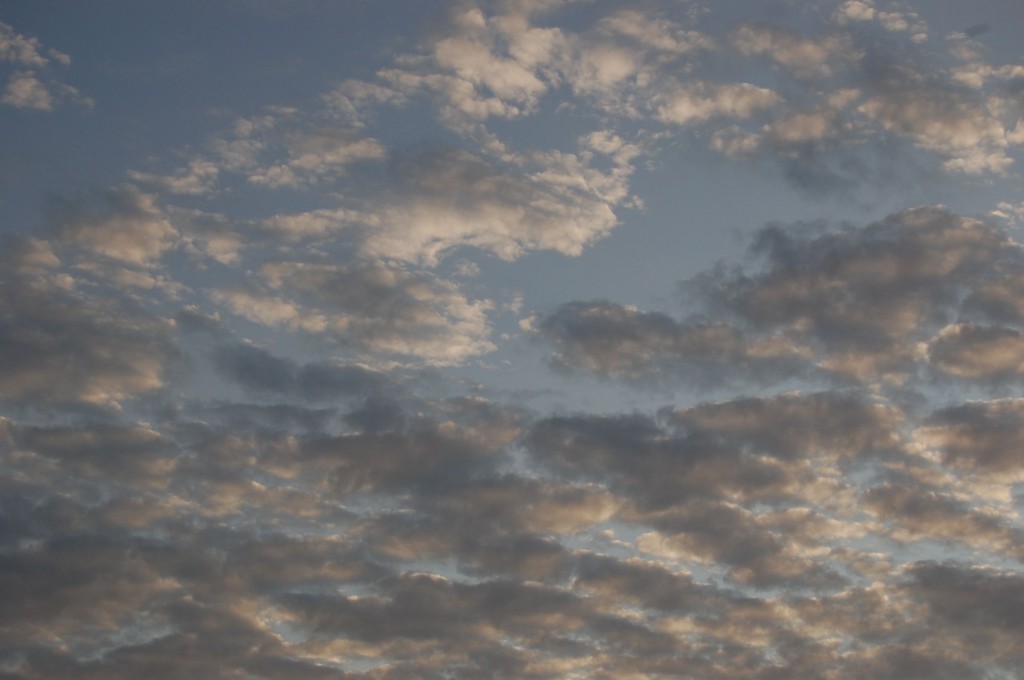 WITNESS:
The disciples’ slow and deliberate movements, their flow into stillness and peace juxtaposed the summer heat and frenzied pace of Washington Square Park. This milieu, this contrast of motion and stillness, was the image of all creation—as it flows from the three elements. It all happened in another space…one not seen. Passersby stopped to observe, and became absorbed in the power of that moment…where all existence lies, the space where “I” exists…Advaita.                                               -Gauranga 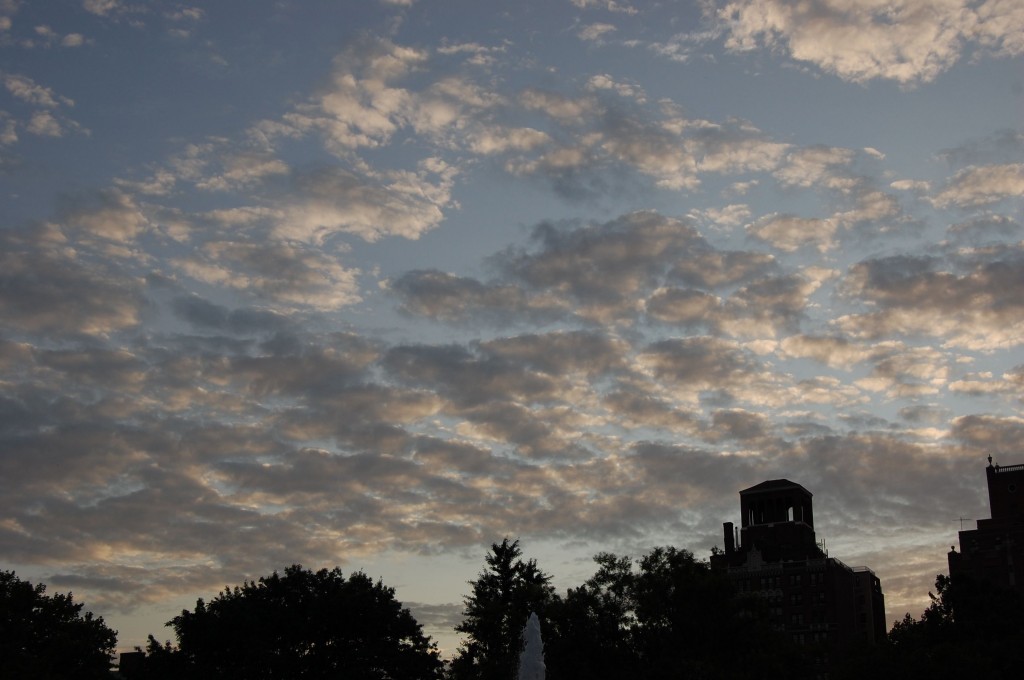 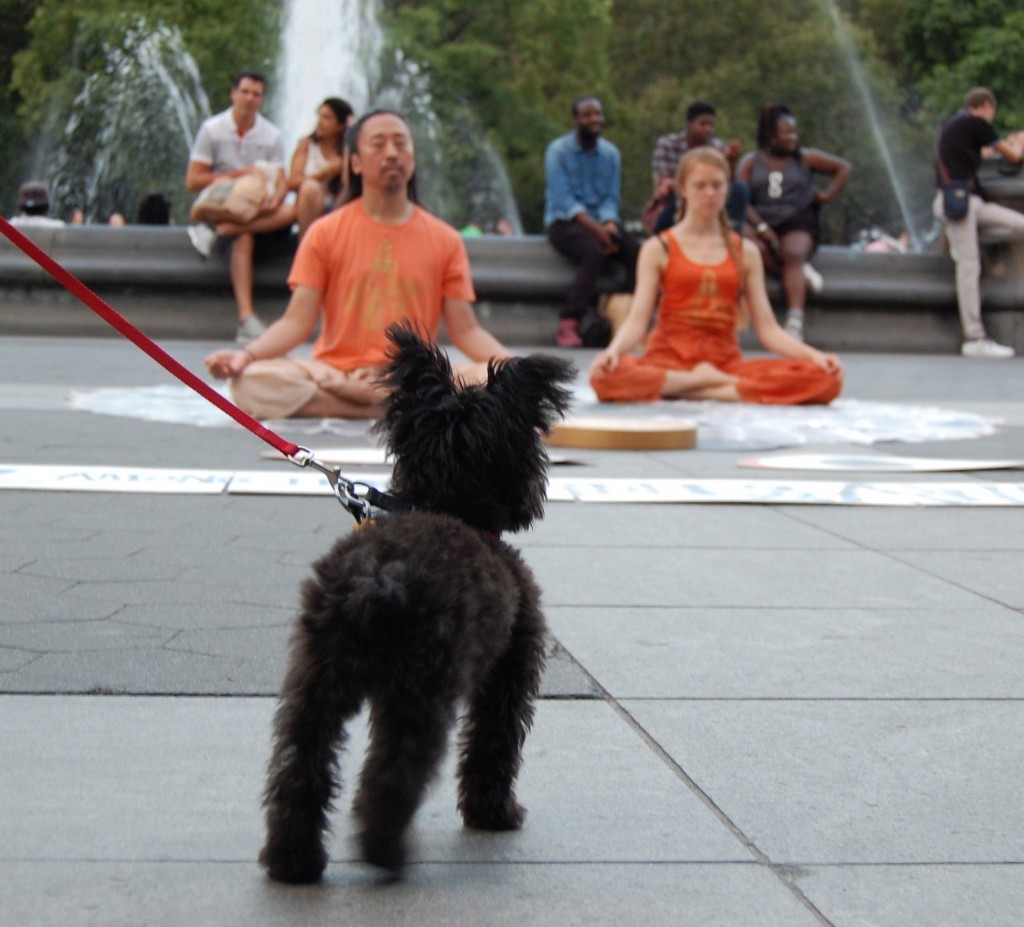 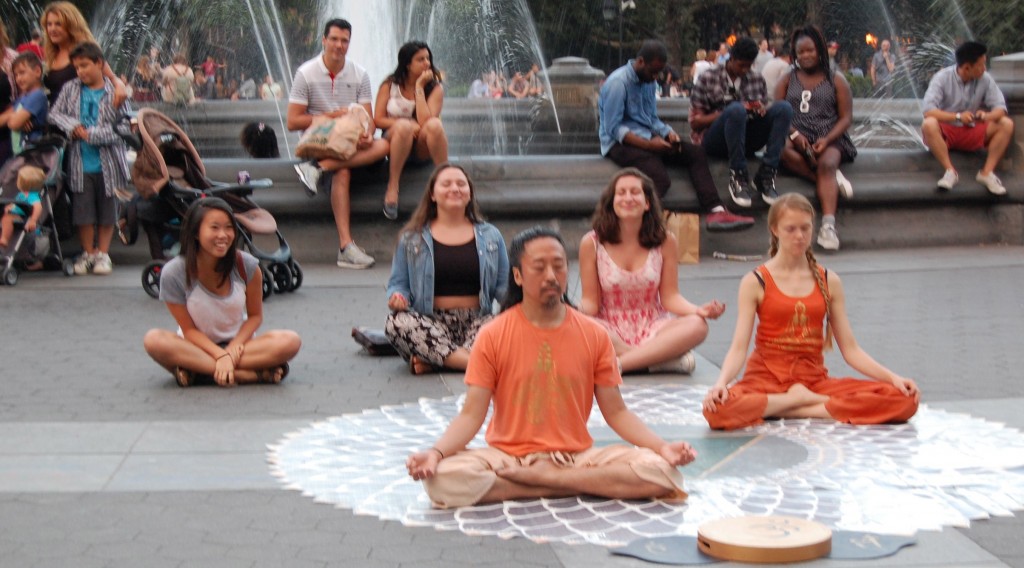 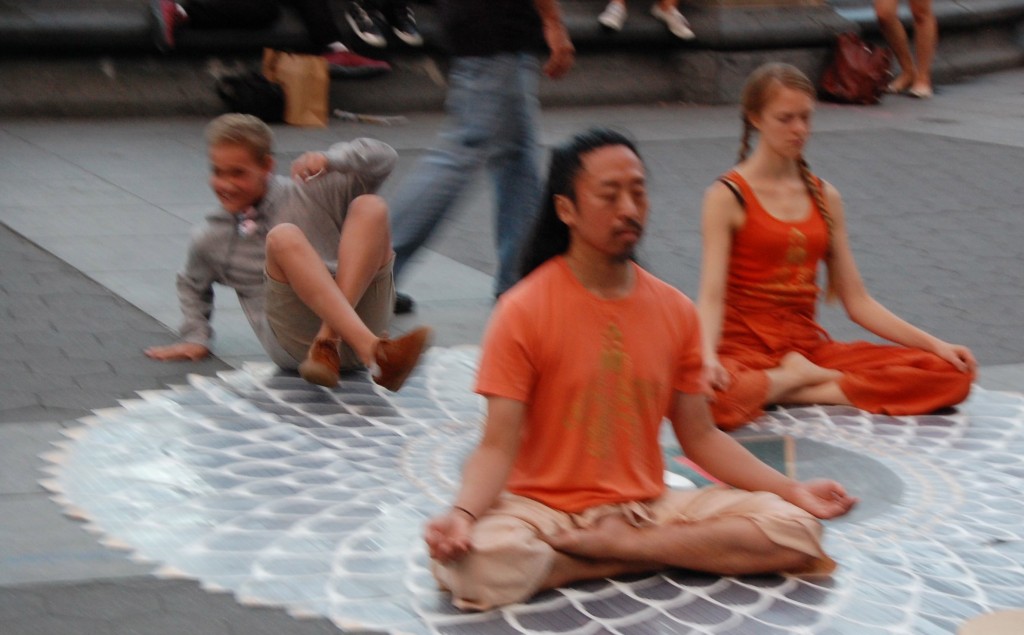 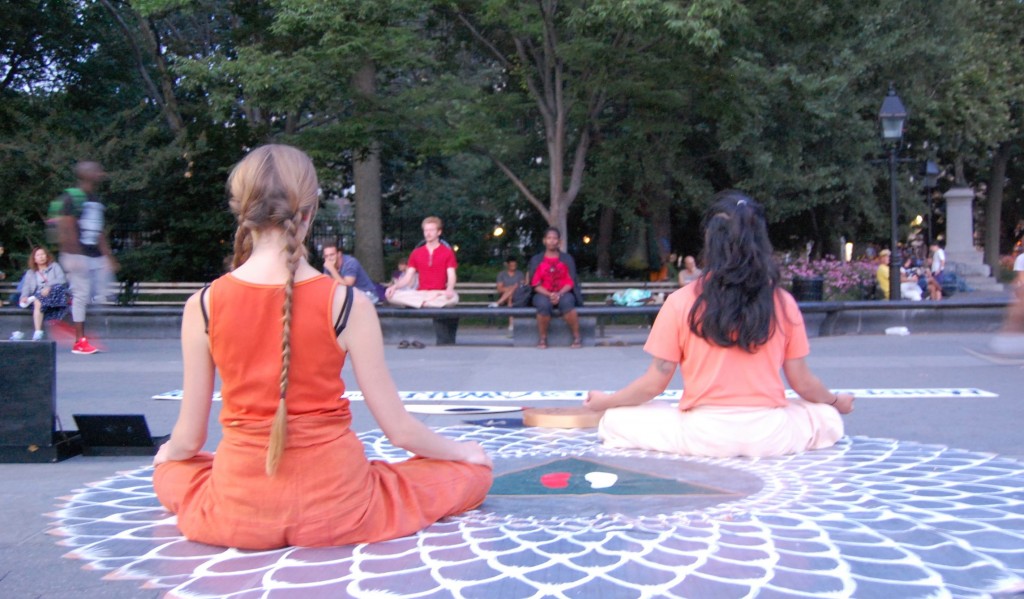 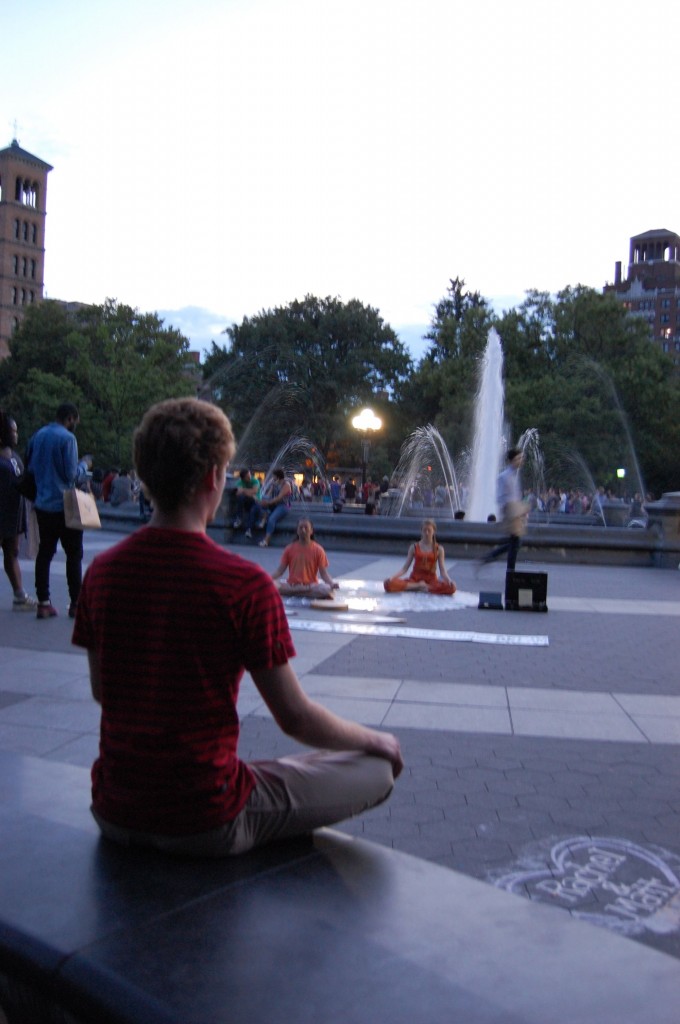 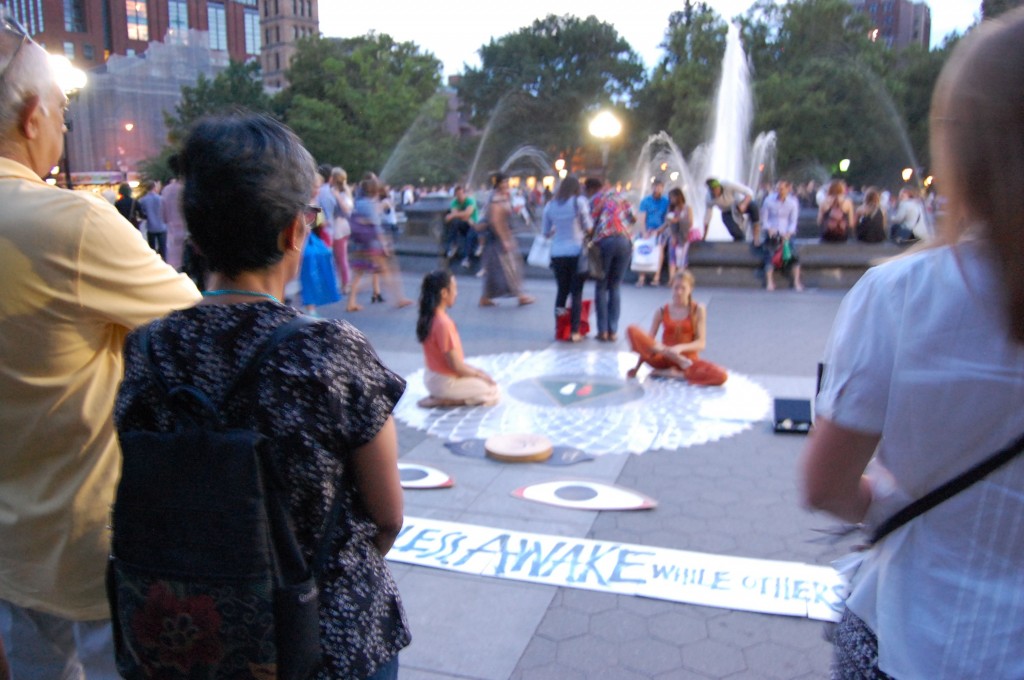 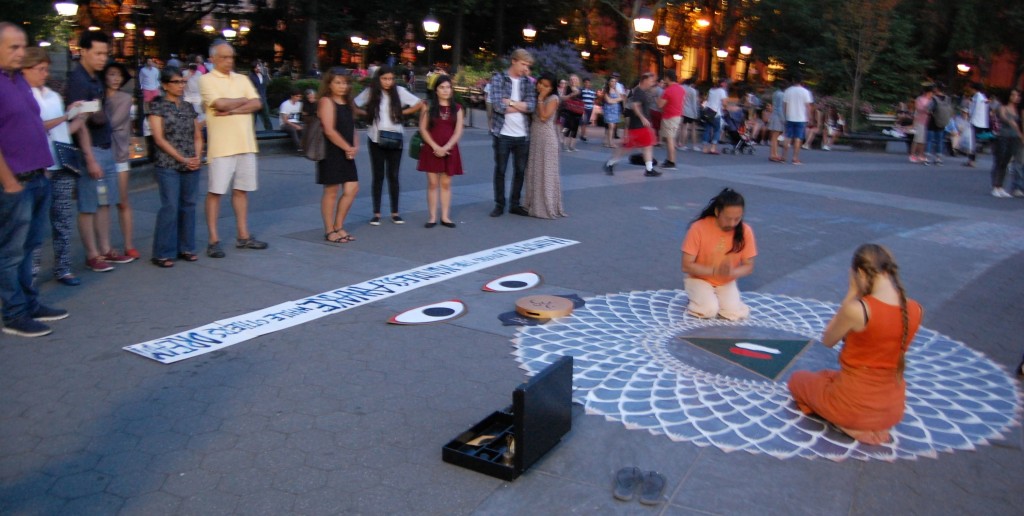